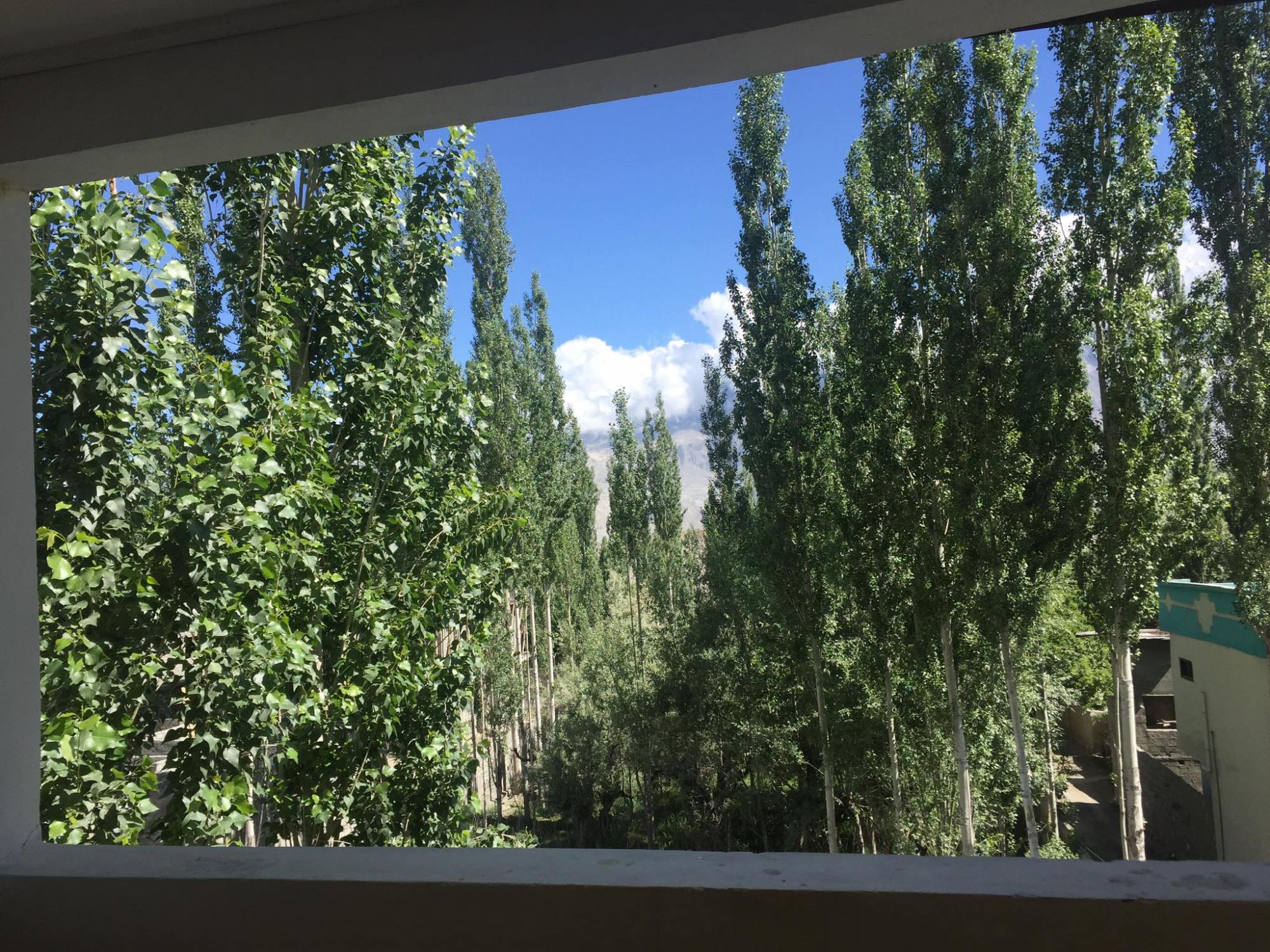 Aslamoalikum everyone .Its me Amina Ahsan Butt your lazy but the Good little blogger . I hope everyone is doing fine . I am back with an other episode of my blog so yeah!!!!! Are you ready for an adventure because today i will be telling you about how does staying on road because of landsliding feels like 😛

so i was born in 2002 as far as i can remember i have been visiting the northern areas since 2007 . Each year I along with my family go for the exploration of the beautiful lands of the north of Pakistan . So for the year of 2019 we decided to go the beautiful Baltistan . Before then this i had visited baltisan back in 2016 as well . But the land of baltisan is far too wide so it was hard to cover all areas back then . But the land of baltistan is far too beautiful so we decide to go for it again and to explore the rest of the parts

After the long touring days it was the time to go back to home . We woke up early in the morning after packing the bags we had a healthy breakfast our from our hotel with this view

after checking out we were at the broken sakardu road . I hope its construction gets done as soon as possible so that the local people and the tourists gets at ease 🙂 . on our way we took cherries from a cherry yard because if you don’t take the cherries from there you have done nothinggg!we stored them in our coolbox so that they don’t get rote . after a drive of hours and ride of sight on the beautiful scenes we reached a place called ASTAK where all the people who were travelling got struck due to landsliding which took in place due to heavy rain happening those days

astak is a small village that comes on the way to sakardu it has a few trekking sites as well . So when we got to know about the blocking of road we all got a little upset because it wasn’t what we were expecting in our tour . the day turned into night the darkness appeared but there was no way out . more like 600-800 were there waiting for the Mr rock to get off the road but Mr rock decided not to . Btw shout out to the local people and shops and resurant who comforted the people gave place to stay and prepaired enough food that everyone could have .

almost at 1 am we all were totally tired so we slept in our car as every place was filled . look at my handsome abba ❤

that’s how all of us managed to sleep and but my amma was still worried so she didn’t slept the whole night ( love mama ❤ ) . After the hectic sleep I woke up with a lot of pains 😛 because it was 3 of us sistas sleeping in the back seats (hehehe) . when were a tooonnnnnn of people waiting for getting a little fresh up . As I and my family have been traveling from many years so we somehow compromise on stuff so the bathrooms and the nightsleep while many other travelers were getting freaked out (hehheh ) .

even tho it was a no shower day on a hot sunny day I stayed calm and rather then being a cry baby I went and explored the area and met many nice people who totally made this road block time funnn ❤ thnk you to huda Rashida appi , sidra ,Faiza appi , and all of them .

after these happy moments the workers of FWO removed the rock and everyone got super exited and started the drive . altho it was a slow drive due to a large amount traffic on the road . it took hours and hours to get off the road and reach KKH specially due to another road block at Sassi Haramosh . We reached kkh at 3 am and due to the late hour no place was opened but somehow near raikot bridge we saw a hotel and had a little sleep for the day

As its quite obvious from the previous days that how hectic they were we had another travelling day . it was just a drive back till besham and the scenary in the way near besham we decided to switch the route , rather then going from muzafabad and havelian we choose the road that leads to mangora ❤ the roads were super clean along with the cool and windy weather . It wasn’t short route but still the greenery got my hear t nearly 9 amwe reached mangora and had our dinner and then took our way till the newly built sawat Motorway . I gotta saw wow because that road was pretty adventurous but a side from that it made travelling for sawat more easy so if you are travelling for sawat do use this route ❤ . At nearly 2am we reached our guesthouse in ISLAMBAD. this is a shout out to peace guesthouse in Islamabad totally recommended for those who wants to stay in Islamabad ❤ .